Madame de Sévigné, a 17th century aristocrat who is remembered thanks to her fabulous letter writing skills, called the courtyard of the Chateau de Sully “the most beautiful in France”. She wasn’t wrong, it is a huge space, perfect for partying aristos and surrounded by the walls of the fabulous castle.

The Chateau de Sully is perhaps not as well-known as it ought to be. It is in the middle of beautiful burgundy countryside, around 35km from Beaune, but it is well worth the effort to visit and explore the beautiful grounds and interior.

It was built around 1567 but this is no museum chateau, in fact it’s still lived in by Madame la Duchesse de Magenta, Marquise de Mac Mahon.

The castle has a pinch of medieval, a dash of Renaissance and is elegant and pretty as a picture. Surrounded by a moat fed by the River Drée, you cross a five arch bridge to enter the castle via a grand door, passing by what look like giant, ancient stone chess pieces. In fact they are symbols of the pride of a previous owner who on being made a Marquis celebrated by ordering the great stone sculptures representing the features on a marquis’ coronet.

The castle has been in the Mac Mahon family for several generations after Jean Mac Mahon, an Irish doctor married an heiress who inherited the castle. It was the home of Patrice de Mac Mahon, President of France from 1875-1879. The Duchess who hails from Scotland, married the Duke of Mac Mahon and it is she who lives there with her children and manages the vast estate ensuring the castle’s well-being. You’ll often spot her flitting about the castle and gardens followed by her excitable dogs.

She tells how she met her husband to be at a party in Germany. 25 years older than her, he swept her off her feet. “It was love at first sight” she says wistfully “we hit it off straight away”. Six months later he took her home to his castle to be his wife. “I learned to speak French in the cellars of Burgundy” she laughs. The Duke revitalised and developed the chateau’s vineyards and a very good wine is produced from them though only in small quantities. This place is all about quality not quantity. Sadly the Duke passed away, but the Duchess fulfills her duty of responsibility for this grand Chateau with immense pride, helped by her sister.

“It’s very much a woman’s castle this” says the Duchess “the men tend to die young but under French law inheritance can pass through the female line”.

What to see and do at the Chateau de Sully, Burgundy

The gorgeous courtyard was designed by Gaspard de Saulx-Tavanne, a favourite of Queen Catherine de Medici. The wood panelled rooms with beautiful paintings, wall hangings and parquet floors polished by centuries of people passing through, have an authenticity that’s rare. The family have hardly changed anything but maintain the integrity and historic beauty of the chateau for future generations. There’s no central heating and in a big castle like this, it can get very cold in the winter. “We have hot water bottles” says the Duchess laughing.

Thanks to this determination to keep the chateau authentic, a guided tour reveals the exquisite footprints of history in every room.

Unlike some chateaux, the French Revolution didn’t leave its mark. Legend has it that when the revolutionaries arrived to take the widowed Marquise to prison the family explained that she was in her 80’s and dying. They persuaded the mob to come back when she was dead which was predicted to be soon. The old lady did die a few weeks later but the canny family put her body in a barrel of brandy and when the revolutionaries returned, got it out, cleaned it up and pretended that she was still unwell. The revolutionaries insisted on seeing her and agreed that she really didn’t look well. This went on until the French Revolution calmed down and the chateau survived. To this day says the Duchess, no one knows what day the old Marquise actually died, so they wrote 14 July 1978 on her grave.

Guided visits are available daily (March to November), in English in sumer months and there are events throughout the year.

Dont miss the delicious tea room and irresistible shop where you can buy the estate’s wine and gorgeous souvenirs.

Written by Janine Marsh in Burgundy, Museums and Châteaux 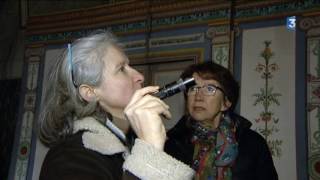 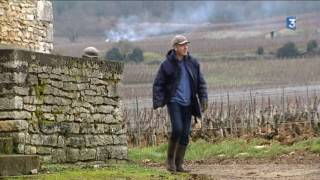 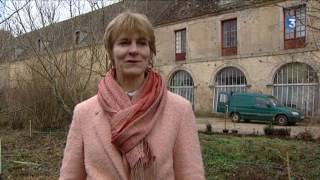